Perhaps you’ve heard this light bulb joke: How many Border Collies does it take to screw in a light bulb?

Just one, and while I’m at it I’ll rewire your house.

The Border Collie has been bred to assist in herding all sorts of livestock, from cattle to sheep to llamas. From an eighteenth century sheepherder, James Hogg: “without [the sheep dog] the mountainous land of England and Scotland would not be worth sixpence. It would require more hands to manage a flock of sheep and drive them to market than the profits of the whole were capable of maintaining.”

All over the world, Borders are integral working members of the ranch or farm team, often working dawn to dusk – their owners do not considered them pets. The US Border Collie and American Border Collie Clubs have at least 10,000 members with half a million dogs registered; many use their dogs to tend the flocks, and most train their dogs to compete in herding tests and trials. There are many other clubs in North America – however, according to one member, there is the likelihood that many of the US members of these clubs have sheep because they have Borders, while the opposite is true in the UK.

It is Fascinating to Watch A Border Work

The Border has two unique instincts: they fetch (or gather) the livestock to the herder, rather than drive them away, and they use an intimidating stare (the “eye”) to control the target animal. (Most other herding dogs are “body dogs”, moving their body to control the herd). The Border body language is very distinctive, with less movement and more eye contact with the front body lowered in a threatening manner (“clapping”).

Sandi Newton, the founder of the Crystal Rose Cow Dog College in Red Bluff, tells me that the cross-breed called a McNab was bred for a thinner, shorter coat to resist foxtails and other brush irritants, and to lose the “eye” in favor of the bark. They are a cross between a Scottish Border and unknown other breeds. McNabs are “brush dogs” – they seek the target animal in brush and then bark wildly while keeping them at bay. The rancher can see neither dog nor cow in the tall and thick brush, so the bark is critical to allow them to be located. Now I understand why I have been unable to break my McNab of barking for the Frisbee!

On the right is a picture of my Very Special Border Collie, Sparky, a few years ago. He’s 9 now, and not quite as spry anymore, but he still has the drive and still insists on fetching the ball at full speed, at least an hour a day.

Borders are very smart and very intense. These dogs need to use all the energy and focus nature has blessed him with or their nature can become a curse. The pet Border has usually self-adapted to herd bees, butterflies, skunks (!), squirrels, Frisbees, tennis balls, other dogs, even children – but herd she must, or she will become frustrated and eventually unmanageable in the urban or suburban setting.

When these needs are met, they make wonderful companions: “The ability to form a close, affectionate, cooperative relationship, the ability to learn to understand human speech, have also been bred into the dog over all these years”, says Kay Pine in an essay that points out what good pets the Borders can make (USBCC Newsletter, Winter 1993-94).

Will Work For Any Reason – Fun Is A Bonus

The Border is born with the absolute need to work – it has been bred into them over the centuries, and the instinct cannot be conquered, only refocused. Many urban Borders find their way into other competitive sports. Flyball, agility, frisbee, and other dog sports are well populated by the breed.

Competing in a dog sport requires time, patience, skill, equipment, commitment and money, so most clubs that train and trial these sports are serious competitors. But a Border can benefit by taking any of these types of training for its own sake. Not only does the Border “get a job” during the training, but the human can learn from owners of other intense dogs, in ways that go far beyond normal dog training classes.

Some pet Borders are lucky enough to have found a group of people in San Ramon called Goosebusters. This coop trains dogs for sheep herding on a small flock of sheep, but their own dogs earn their keep by herding Canadian geese off of golf courses and other public greens. There are dozens of these types of groups throughout the world, and they are becoming more prevalent as the breed becomes more popular.

Research The Breed Before Adopting – Please! 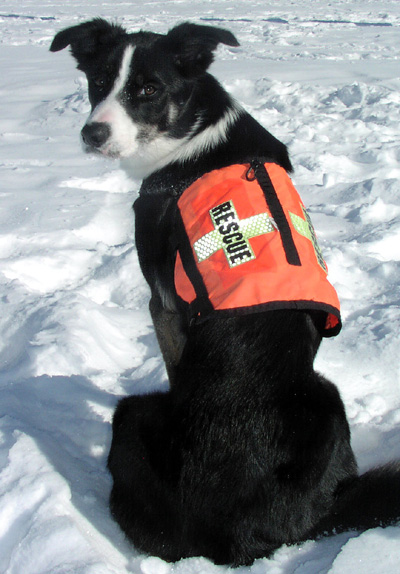 Anybody seriously contemplating adopting or purchasing a Border should do plenty of research first: Talk to people who’ve experienced the amazing change of having a Border in your life; read “A Dog Year” or “The Dogs of Bedlam Farm” by Jon Katz; search the net (see this link if you have children); watch Borders at the various sports demos (or at the dog park), and ask their companions what they have experienced.<p? 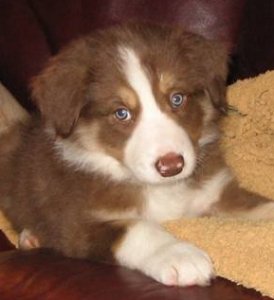 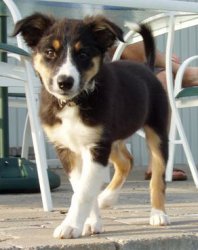 Just understand that to own a Border means you will have to know how to train and handle a high-spirited dog; even if you think you do, be prepared to learn as you go, and get professional help in the adventure. And recognize that this beloved breed is ending up in shelters much too often because they were unlucky enough to have been bought or adopted by unwitting and uncommitted humans. That abandonment will have affected the dog to some degree, so adopting a shelter Border Collie will be even more fun!

As you may have noticed in the movie Babe, the herder calls the dog off the sheep with a sweet phrase: “That’ll do”. A working Border is usually retired at 7 or 8, hopefully to life as a companion to the same people for whom he spent his working years.